The history of osteopathy: healing through the ages.

Imagine it is 1864 and you have just lost the three people closest to you. You feel that current medicine did nothing to help them, or maybe it even made things worse! What would you do?

Andrew Taylor Still, a 19th century frontier doctor, was fueled by the loss of 3 children to spinal meningitis to dedicate himself to the study of health, illness and disease. His intense desire to improve surgery, obstetrics and general medical practice led him to create an innovative new system of diagnosis and treatment.

His primary concerns centred around the effects of both mental and physical disease and restoring the proper function and structure of the body. Secondly, health in its broadest sense; developing and maintaining good physical health through nutrition (avoidance of alcohol and drugs) and exercise, even emotional and spiritual health. As a result, Osteopathy was born.

Osteopathy is a compound of two words ‘osteon’ meaning bone, and ‘pathos’ meaning ‘to suffer’. Still reasoned that the bone or osteon was the main reference point of any investigation of a pathological process. He was immensely interested in anatomy and his knowledge was famously vast and detailed and to this day a skill every good osteopath has maintained.

Once Still moved to Kirksville, a city in the American state of Missouri, his dramatically successful outcomes began to spread via newspaper and word of mouth. Due to the now very busy practice, the need to teach others became more and more evident. So in 1892, the American School of Osteopathy was born. It was here that Martin Littlejohn, after taking on a job as physiology lecturer at the American School of Osteopathy, registered as a student. He became the Dean that same year.

Due to disagreements with some of Still’s followers regarding the role of physiology within osteopathy, he was released from his role as Dean, and established the Chicago College of Osteopathy in 1900. There, physiology became a core subject, and the college grew in prestige. However due to political change, Martin Littlejohn moved back to Britain with his family in 1913, and helped found the British School of Osteopathy and the Journal of Osteopathy in 1917.

In 1935, the British Medical Association campaigned for a new parliamentary bill, which saw Osteopathy being refused any official recognition. Until the introduction of the Osteopaths Act in 1993, Osteopathy was considered to be outside of mainstream medical practice in Britain and was not a legally regulated profession. This led to the establishment of the General Osteopathic Council (GOsC), as well as the opening of the Register of Osteopaths in 1998. Now like other medical professions, in order to practice and use the title of ‘Osteopath’, Osteopathy is now subject to statutory regulations and qualified practitioners must be registered with the GOsC.

In 2017 Osteopaths joined the group of NHS health practitioners known as Allied Health Practitioners (AHPs). Osteopathy is now one of 14 AHPs, which are a diverse group of autonomous practitioners with their own regulating bodies, who deliver care across a range of settings. The AHPs are the third largest workforce in the NHS. Their focus is on prevention and improvement of health and wellbeing to maximise the potential for individuals to live full and active lives within their family circles, social networks, education/training and the workplace. 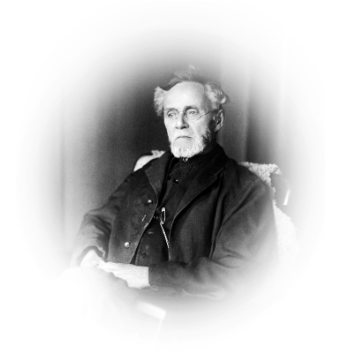 “Osteopathy is to me a very sacred science. It is sacred because it is a healing power through all nature.”

Physician and Founder of Osteopathic Medicine

If so, please call any of our clinics to make an appointment, use our online booking form or send us an email.